Advice for Aspiring Writers from the Great Danilo Kiš 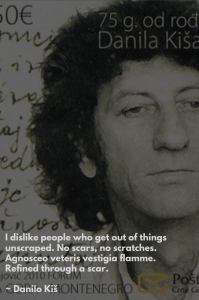 Danilo”s mother was from Montenagro and his father, a Jew, died in Auschwitz.

His novels and short stories addressed the politics 20th century Europe.Danilo’s  most celebrated book, A Tomb for Boris Davidovich, Danilo explored totalitarianism.  He received acclaim for novels The Hourglass and Garden, Ashes.

Literary rumor has it that Danilo was set to win the Nobel Prize for Literature the year he died; it is a fact that he was nominated.

This quote applies to our characters – unscathed characters are boring. They become interesting as they gain scars. Creative writing courses teach us to beat up our characters, make the suffer. As with real live people, our characters’ experiences, good, bad, better, or horrifying, make them who they are. Are you cruel to your characters?

Today’s birthday quote is drawn from Danilo’s  list of advice for aspiring writers, found in his autobiography. Some may not work for you ideologically, but more than a few are timeless and worth review. Give them a look, take your time, and consider what works for you.

Advice For the Young Writer

Blogging from A to Z ~The Letter D

She Wrote Her Bestseller in Her Bedroom La-Z-Boy 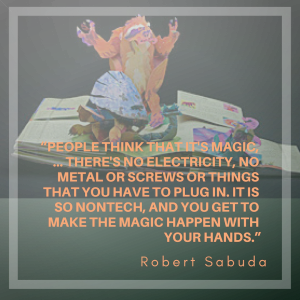 How We Create Magic with Paper – Does It Matter?

Blogging from A to Z ~The Letter C