September 29th is National Coffee Day and Dutch Bros is giving you nine punches with a large drink.  A freebie is ten punches, so that’s almost like getting a free drink!  I’ve marked my calendar.  How can you go wrong? Dutch Bros is, I think, the very best drive-through coffee – and my favorite.  Here’s why: 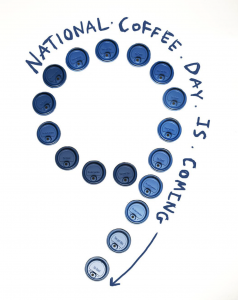 There is a downside. Started in Oregon, and going from there, Dutch Bros is still found in only seven states. Not for long, I’m certain.